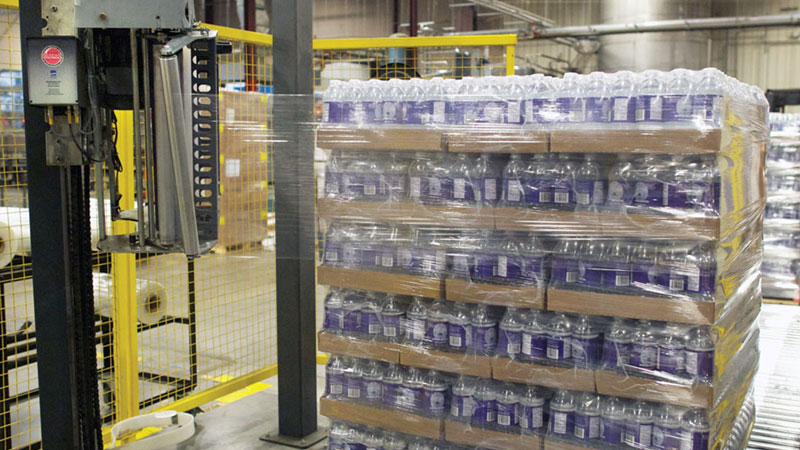 With so many manufacturers misusing stretch wrap vocabulary, it can often be difficult to understand the true meaning of these terms. To help consumers understand the real meaning, we listed a few of the  most commonly misused terms in the packaging industry.  In doing so, we hope to educate consumers so as to not be fooled by deceptive terminology when evaluating stretch wrap options.

Pre-stretch is the process of elongated film to a percentage of its original length. The advantage of operating with pre-stretch is that it provides great load stability and allows you consume less film per pallet. Below are two different methods to obtain pre-stretch.

A common misconception within the packaging industry is that stretching the film activates its elastic memory, triggering the film to return to its original state. Another mistake is assuming the two methods of obtaining pre-stretch produce the same outcome- although that’s not necessarily the case.

If your stretch wrapper is operating at 250% stretch, the regular stretch film at $8 per roll could potentially give you 25ft, as opposed to the pre-stretched film coming in at 15ft. Despite the regular stretch film coming in at a higher cost, it’s winds up more valuable because you’re getting more use of that film while consuming less. By choosing to stretch your film using a powered stretch wrapper, you save money on film and overall lower operating costs.

Force-to-Load is a measure of how tight the film is being pulled as it exits the carriage and is applied to the load. Force to load plays a key factor in maintaining a percentage of prestretch. Although force-to-load does not hold your pallet,  the amount applied does contribute to all around containment force.

Containment force is the amount of load retention created due to the film’s stiff properties. Containment force is the property that holds your pallet together during transit. Typically, for every 100lbs of product, you want to have at least 1 lb of containment force. Containment force and pre-stretch ought to be assessed on a regular basis to ensure the stretch wrap is being applied accurately. To evaluate the performance of your stretch film and application process, there are several testing methods that can be employed. These methods include using a film force pull plate, pull bar, double finger, or even replicating the delivery of a pallet via freight truck with a vibrations or tilt test.

Understanding this terminology can make a difference in terms of stretch film cost savings, ensuring that your load is held tightly enough, and avoiding film breaks that could potentially damage your product. Instead of buying more or new film, you may be able to simply adjust your stretch levels. Knowledge of these terms and how to correctly use them enables consumers to make more informed decisions when comparing options for your packaging line